Hidden Figures: a recap of the International Visitor Leadership Program

According to the World Economic Forum, women only earn one-third of undergraduate science, technology, engineering, and math (STEM) degrees, despite accounting for 60 percent of all college graduates. As NASA scientist Florence Tan stated in a recent interview with NBC News: “We don’t have enough people to do this work. We need women for the national good.”

That might seem obvious to anyone who’s seen the film Hidden Figures. The 21st Century Fox Studios movie, based on the book by Margot Lee Shetterly, tells the story of African American women mathematicians in the 1960s who overcame sexism and discrimination in the workplace and played a pivotal role in NASA’s space program.

The Bureau of Educational and Cultural Affairs’ American Film Showcase Program facilitated the screening of Hidden Figures in more than 100 countries, bringing diverse audiences together and sparking conversations on how to advance future cooperation in the STEM fields. Inspired by the successful screenings, the U.S. Department of State worked with private sector partner organizations around the country to engineer an International Visitor Leadership Program (IVLP) exchange project, Hidden No More: : Empowering Women in STEM. Women scientists, engineers and educators from 48 countries traveled in the United States for three weeks to collaborate with U.S. counterparts and develop strategies to strengthen the participation of women and girls in STEM.

Encouraging women and girls to pursue careers in IT- and security

Anouk Vos, partner at Revnext, was chosen to represent The Netherlands at this special program. Together with other women leaders she traveled to 4 U.S. cities ranging from Washington D.C., in the east to Albuquerque, Seattle, and Los Angeles in the West. She visited i.e. Microsoft HQ, several NASA premises as well as the 21st Century Fox Innovation Lab in Hollywood. Anouk said the project gave her, “a clearer vision of the endless possibilities for women leaders, impressed her with new fields of research and innovation, and gave her ideas on how to encourage youth- especially girls- to pursue careers in IT-and security fields. 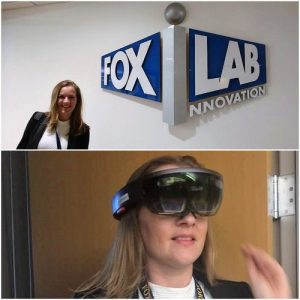 Anouk Vos and the other participants are now home, already working in their communities to put those ideas into action. Some of the participants have created a new website to track activities they’re creating to stir interest in science, technology, engineering and mathematics careers. Others are hosting local events to promote women in STEM.

A small recap of the Hidden Figures IVLP Program can be found here: