Mary-Jo de Leeuw finalist for the prestigious Security Champion of the Year Award!

Revnext partner Mary-Jo de Leeuw has been nominated as Security Champion of the Year for her voluntary work for the Women in Cyber Security Foundation. The nomination has been granted by the Women in IT Awards, the world’s largest technology diversity event! The winners will be announced at the gala ceremony on 25 January in London, attended by 1,000 business and tech leaders.

The Women in IT Awards is the landmark event in the technology industry’s efforts to tackle its disheartening gender imbalance – just 16% of roles are filled by women – and highlight the benefits of diversity and inclusion. 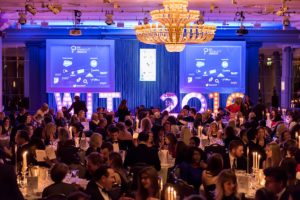 The 2017 ceremony will be the largest technology-related diversity event ever staged, attended by 1,000 business and IT leaders at London’s prestigious Great Room venue in Grosvenor House, Park Lane.

More information on this prestigious award can be found at:http://www.information-age.com/women-awards-2017-finalists-revealed-123463835/